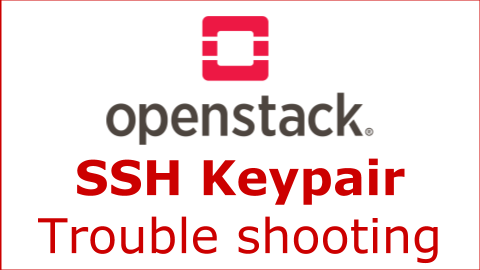 When building OpenStack for verification and deploying CirrOS, the SSH key pair was not imported, and an issue occurred that CANNOT login to the instance by the SSH private-public key. OS is similar for CirrOS and Debian. (Switch to password authentication and request password input)

OpenStack is built on CentOS 7 in a standalone environment using PackStack.

Check here for the installation procedure

The part of startup log when an issue occurs is as follows.

The above error is a failure of the instance's Metadata setting, and it contains SSH public key import.

Although the SSH public key has not been imported, the OS itself starts normally, and it is possible to log in with password authentication. (CirrOS has default password)

There are also some questions in the community that can not log in with the SSH key-pair as well. Although it is suspected that setting of NOVA_METADATA_IP, invocation of nova-api service, firewall setting are suspected, when installing by the PackStack procedure described in the above article, both were set correctly.

The port is also open.

There is also information that Keystone and Nova need to be restarted after key pair generation, restarted but state does not change ...

Since I wanted to verify with a simple environment as possible, initially I used a flat network with bridge connection with extnet. The blue designet in the figure below was a part of the network in my home, and it was flat connected to it. In my environment change network configuration solved the problem of SSH key pair.

We created the internal network of the orange part below, connected by Router, and access from the front was connected using Floating IP. 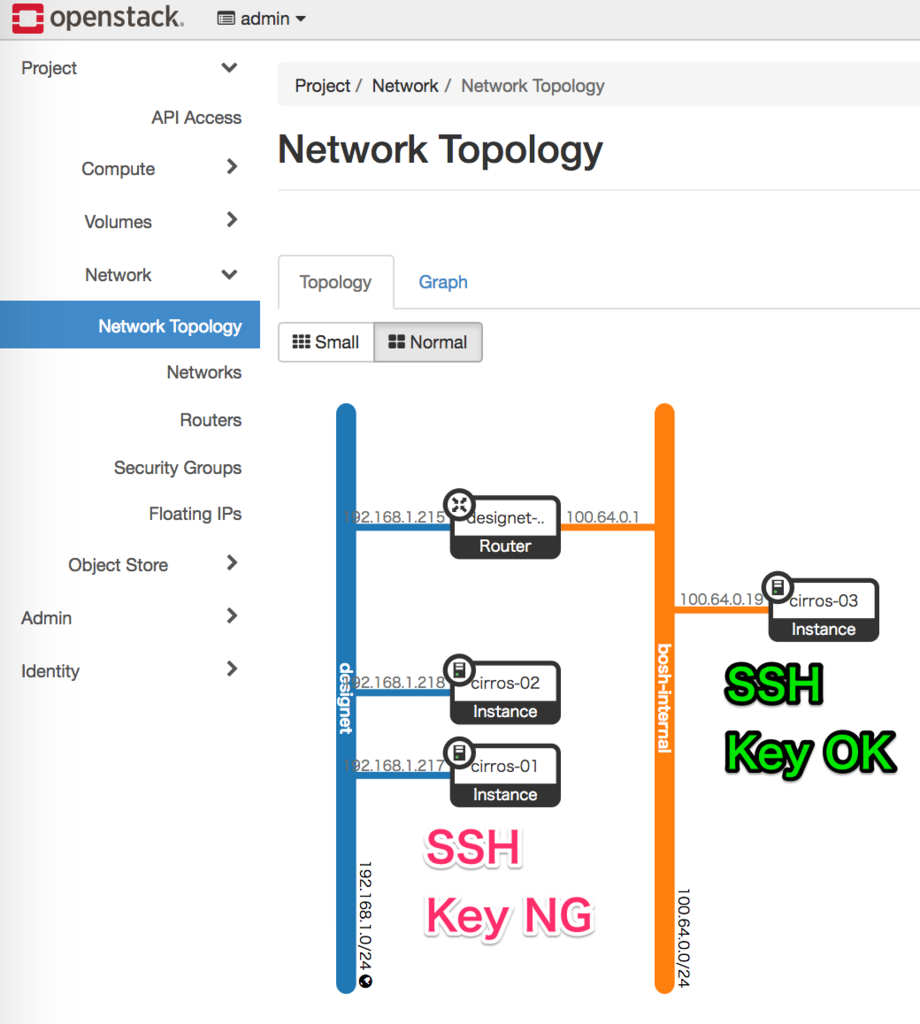 As a result, the public key of the specified SSH key pair was imported to the CirrOS instance, and by connecting the SSH private key, it was possible to log in as expected.

In OpenStack built for verification, an issue occurred in which SSH key pair was not imported when CirrOS was deployed, and the instance could not login by SSH public key method.

Although I have not pursued detailed operation principle, SSH access by SSH public key authentication became possible as expected as it was resolved by reviewing the network configuration and as expected.