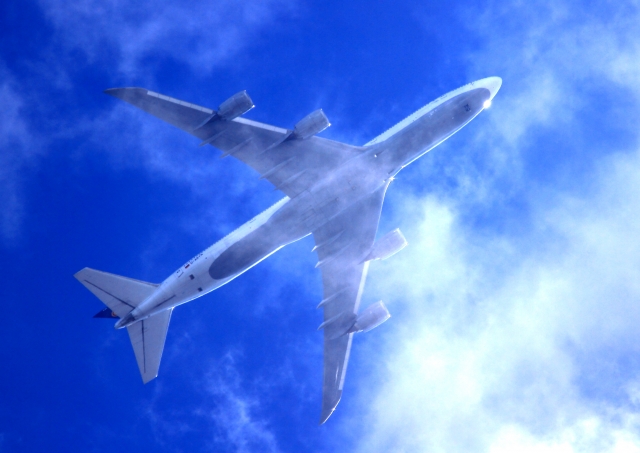 Airplane in-flight WiFi introduced on some planes. It is a wonderful function to overturn the common sense that it is impossible to use a device that emits radio waves while traveling on an airplane and it can not be contacted with the ground.

What is in-flight Wi-Fi?

For service details, please refer to airline company information such as ANA, JAL.(JP)

2016/11 In-flight Wi-Fi usage price(Costs) is as below. (International Lines)

Be careful as file sharing happens if you mistake network classification on Windows PC!!(Sorry in JP's site)

I tried using Gogo's in-flight Wi-Fi service when I got on a JAL plane. During the campaign, I was able to use Wi-Fi and internet for free for 15 minutes.

The section I used was over Iwate prefecture on the route from New Chitose (Hokkaido) to Haneda (Tokyo) . The results of trying BNR Speed ​​Test image imported on iPhone are as follows. 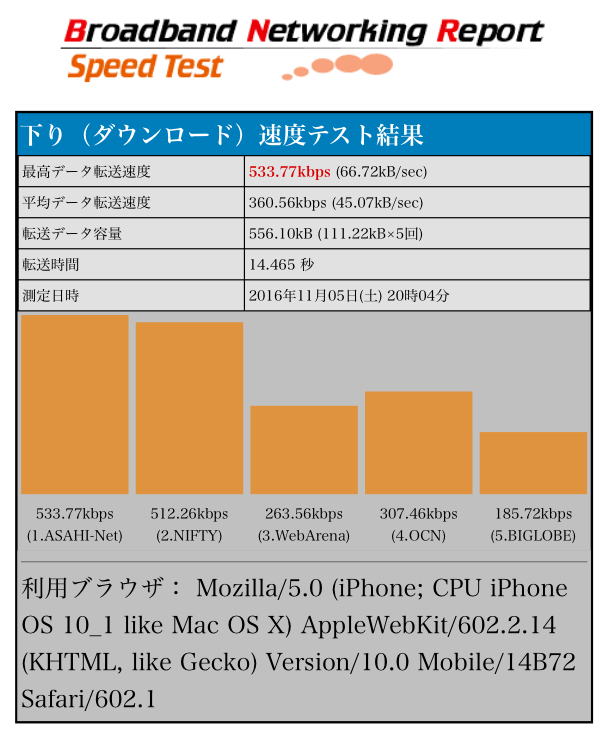 Open another time and one more time 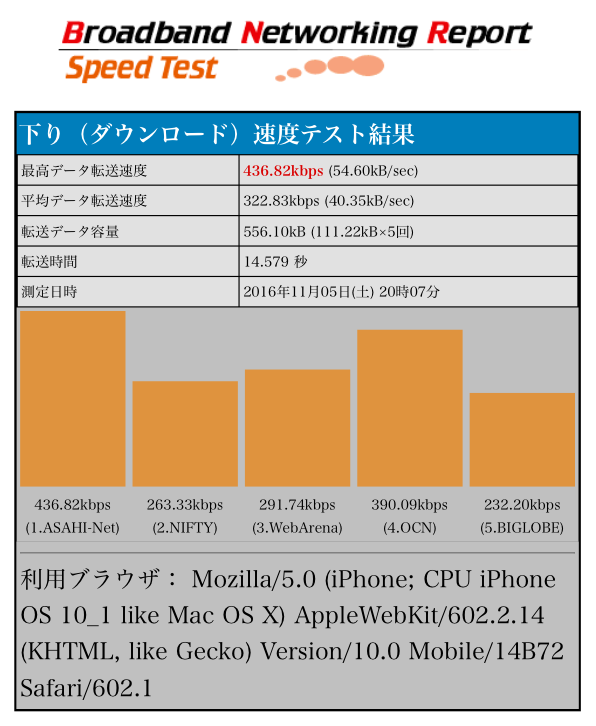 It was the fastest 533 kbps, effective 300 kbps. It is wider than the old ISDN and is considered to be a practical bandwidth. I think it is difficult to watch movies etc ....

Since it is a satellite line, the stability varies. However, I was able to use it for 15 minutes I used without problems.