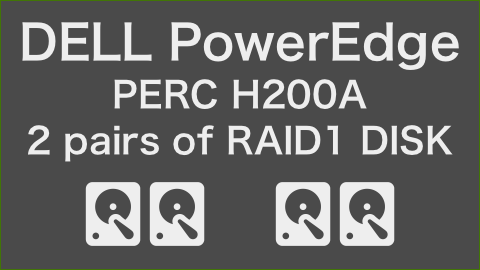 Add HDD to Dell PowerEdge T110 II used as home server. The existing DISK uses the initial installed RAID controller PERC H200A and has a RAID1 configuration. Since up to four HDDs can be connected to the controller, the remaining two are added and RAID1 is added in the same way.

The RAID controller that was originally installed is here. It seems to be a model called PERC H200A (PowerEdge RAID Controller) among them.

Although this RAID controller can connect up to 4 HDDs, it was not able to find information on whether RAID 1 * 2 sets can be configured. For 4 RAID10 configurations? There was also a concern. However, since there is no data that I am having trouble losing, I verified as it was with actual machine.

First, enter RAID setting mode with Ctrl+C on the BIOS startup screen. Be careful not to miss as it is just after startup. 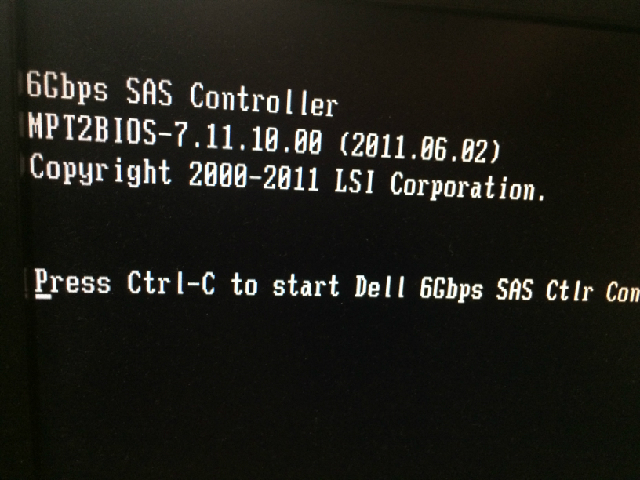 After that, create a new RAID with Create New from RAID Properties and make a new DISK belong. (I forgot to take the early stage screen ...)

After RAID creation, the Drive Status of the new disk becomes RAID in this way. Pictures 0 and 1 are existing HDDs, and this time 2 or 3 HDDs are being added. 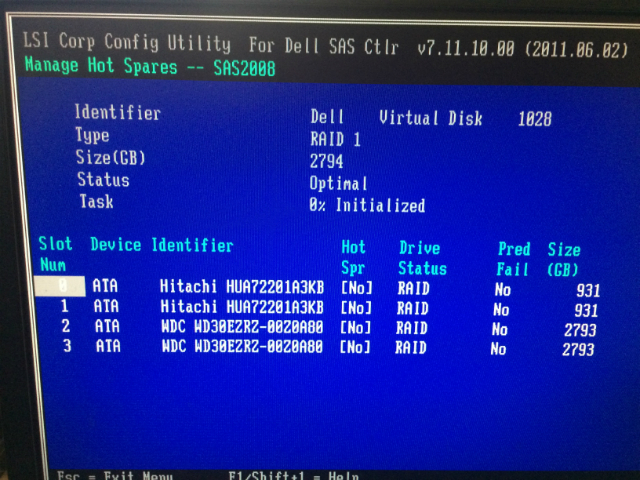 At first glance, I felt that it was added to the existing RAID and became RAID 10, but from View Volume you can see that newly created parts are recognized as 1 of 2. It is strange that the addition is the first. 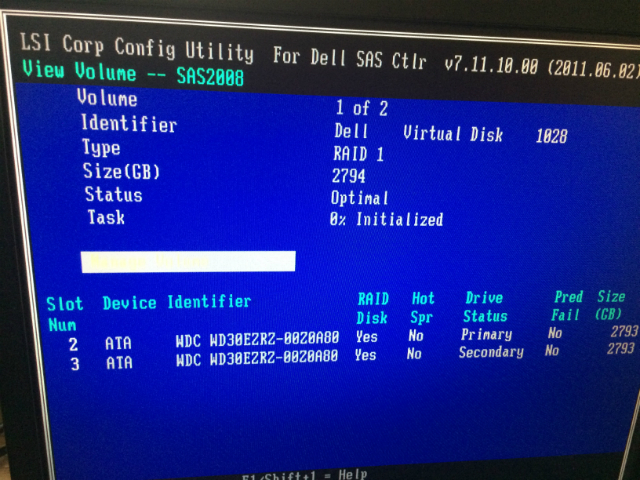 You can send a page of RAID information with Alt+N. 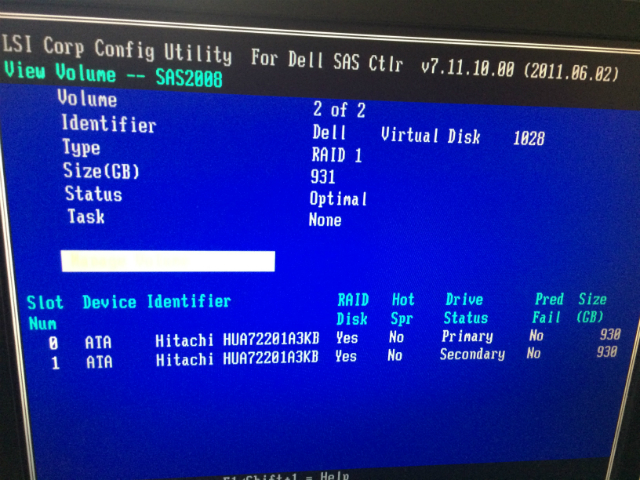 In checking the status It was easiest to check from SAS Topology. It is displayed as follows, and it can be seen that two pairs of RAID 1 are created. 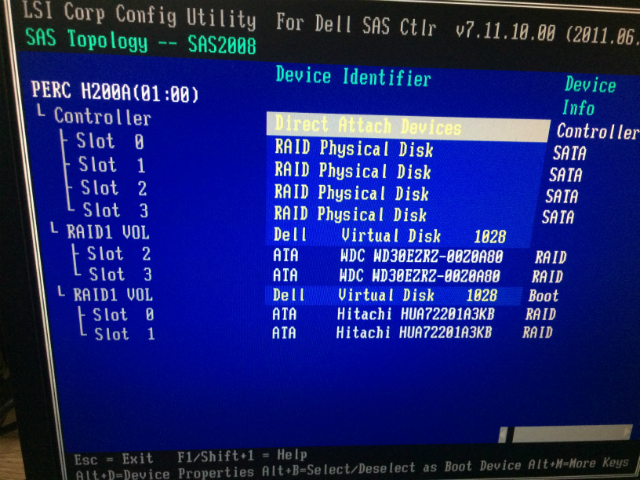 Be careful not to mistake Boot Device selection at this time. If you do not specify the RAID in which the OS (my environment VMware ESXi 6.5) is installed as the Boot Device, the server can not be started.

Since we were able to configure a new RAID, import it into ESXi. Add a data store with ESXi Web Client. (Sorry in Japanese display)

Select "Create a new VMFS datastore" and click Next 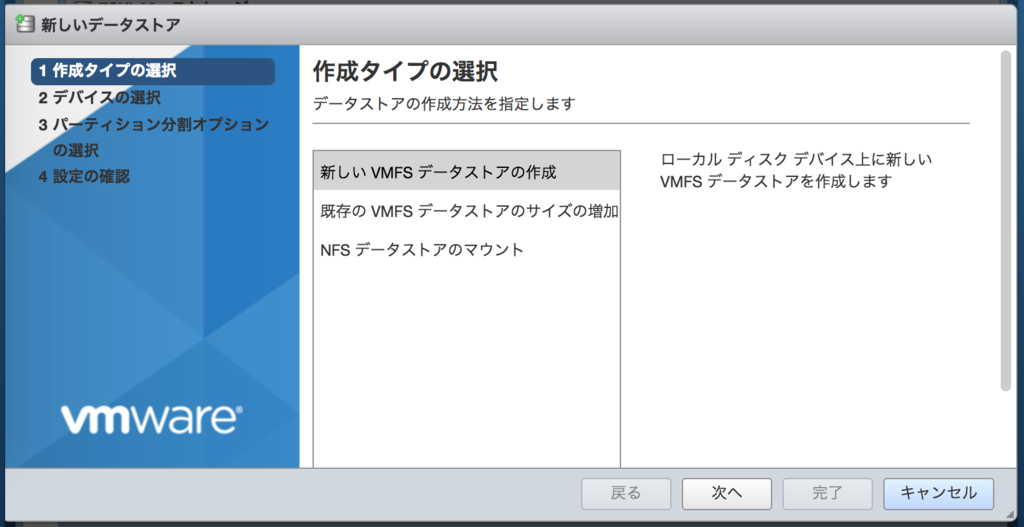 ESXi can recognize the newly created RAID. Enter the data store name and click Next.

I got stuck here once. It stopped at loading ... in the step of "Select partitioning option".

It did not proceed even after waiting a few minutes, so click "Next" to forcibly proceed with an error .... Once set again from the beginning, this time it was displayed normally.

Use the whole capacity as one partition. Since it is hard to handle if you divide by physical, partitioning is done on the virtual machine side. Note that from the ESXi 6.5 it is possible to use the new VMFS 6. However, I created it with VMFS 5, taking into account the migration from another ESXi 5.5 etc.

The standard configuration RAID controller PERC H200 is not equipped with cache and performance is low.

In addition, since the cache of the HDD is also invalidated when using it in the virtualized environment, there are many cases where the writing is further slow. In my environment iowait may be 5,000 msec etc at Write 10 MB / sec. (I did not know it at the beginning) ...

With RAID Controller PERC H200A of PowerEdge T110 II, it was possible to configure two sets of RAID1 with 4HDDs. In addition, we were able to capture the new RAID as a data store of VMware ESXi 6.5.