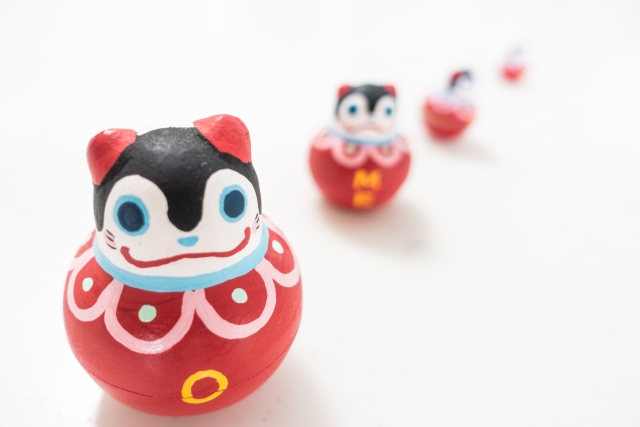 VMware ESXi (vSphere) is not officially supported, but you can use nested virtualization for verification. Using this, I thought of installing Ubuntu (Linux) as a guest OS of ESXi, and using VirtualBox within it.

The tested environment is as follows. The guest OS uses Ubuntu, but it failed in error regardless of Windows or Linux.

In order to have a nested configuration, additional configuration is required. Activate VT-x of the guest OS as follows and restart the service. 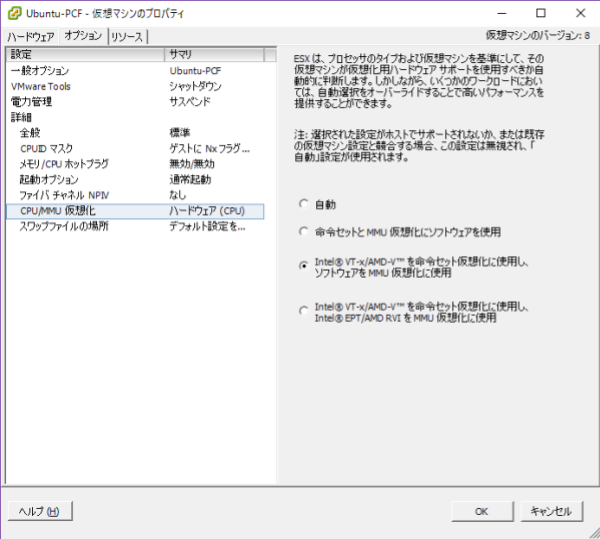 VT-x is not available

I encountered an error in the above PCF Dev installation.

It seems that VT-x (CPU virtualization mechanism) is not working.

Virtualized Intel VT-x / EPT is not supported on this platform. Continue without using virtual msg.intel.hvhwmmu? 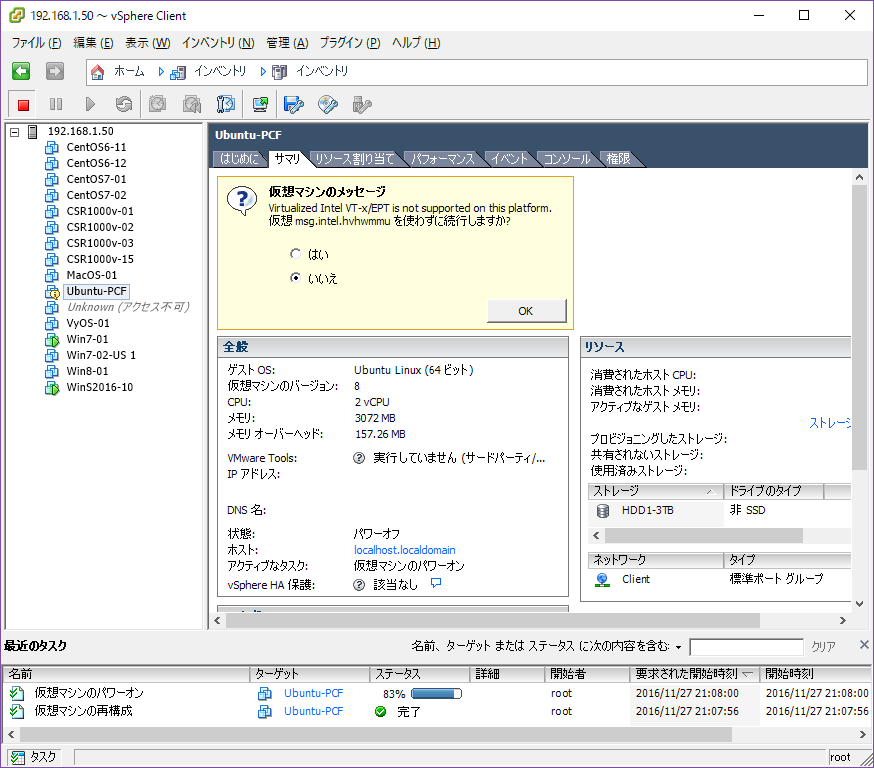 However, an error occurred when trying to power on. Failure ... 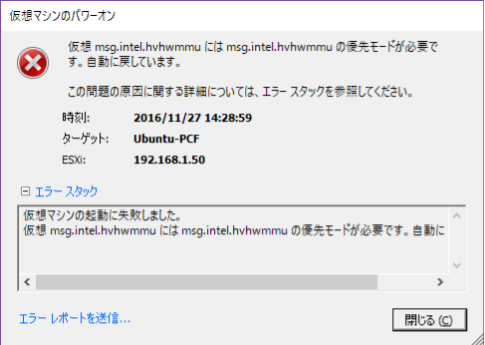 I found the following discussion when I was investigating without knowing the cause.

According to here, Core 2 Quad does not support Nested VM ...

Core 2 systems do not support EPT, so you will not be able to run nested 64-bit VMs.

Core 2 Quad (Duo) can not use nested virtualization. I need to change to CPU of Core i series or higher.